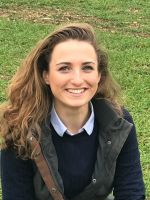 Preparing land for potato planting will be tricky in many areas given the wet winter.

With the spring planting period approaching, many growers, especially those in areas worst affected by heavy winter rainfall, may well be wondering how land can be prepared in time.

This year more than ever, patience will be vital when it comes to spring cultivations, says Lincolnshire-based agronomist, Will Sharpe.

“Working any soil when it is too wet is likely to create problems, notably compaction, that will restrict crop growth and could take years to rectify.”

He says that despite the scenes of waterlogged and flooded fields over winter, soils in many areas are comparatively dry deeper in the profile (15-30 cm), with problems more linked to the surface layer.

“We’ve seen a lot of surface capping in the top 2.5-5cm, which has stopped water infiltrating properly, but dig down to 15-30cm and soil is comparatively dry.”

He therefore cautions against going straight in with the subsoiler at 35-40cm deep to relieve surface waterlogging, as this is likely to create a slot down which water will quickly run, only to pool in a layer at the bottom of the working depth.

Subsoiling is generally more effective in late summer or autumn when soils are dry enough to get the sub-surface shattering effect machines are designed for, he adds.

“You’re better off using a shallower hook or pigtail tine cultivator to break the capped layer and allow water to infiltrate through the profile naturally. This should give more even soil moisture, which will be available to the growing crop, rather than roots having to penetrate through layers of wet and dry soil.”

Regular inspections are vital to assess soil condition, especially as potatoes are very sensitive to compaction.

“Fibrous potato roots will easily follow old root or worm channels down through the profile, but they cannot penetrate compacted layers, such as plough pans, which tend to force roots to grow horizontally towards the sides of the ridge. We’ve got to keep roots growing vertically not horizontally.”

Although most potato root growth is concentrated in the top 30cm of soil, research has found maximum rooting depth can extend from 60-140cm, potentially giving crops access to a much bigger reserve of water and nutrients.

“Deep cultivations to 30cm or more are de-structuring soils within this layer, yet good natural structure is often found below this depth, created by old root channels and deep-burrowing (Anecic) earthworms that have gone undisturbed.

“Reduced cultivation intensity should be integrated with other management practices, such as rotational cover cropping and organic matter additions, for best effect,” she says.

Will supports AHDB recommendations to reduce ploughing depth to 23cm rather than 30cm and says growers should do the “minimum possible cultivation to achieve adequate planting conditions”.

This may mean shallower ploughing with narrower furrow widths and higher forward speeds to achieve good inversion and a level finish, followed by one pass with a Baselier rotary hook tine cultivator, or power harrow, before bed-forming and planting, he notes.

“It’s worth ensuring there’s enough tilth without large clods to cover and seal the ridge effectively and reduce the risk of herbicide damage or greening, but equally don’t over-cultivate to a very fine, fluffy seedbed. This is more prone to slumping or capping and won’t be as resilient to heavy rain, as some areas saw last June which washed 5-7.5cm of soil off the ridge.”

He advises growers to wait for soil temperatures to reach at least 10⁰C before planting to ensure seed tubers emerge quickly. “Also consider adding a phosphate-based starter fertiliser, such as diammonium phosphate, Primary-P or P-Focus to boost establishment and root development.”

The mild, wet winter has increased slug pressure, with more activity than normal in the upper layers of the soil profile, adds Will.

Growers should monitor risk with field trapping and be prepared to treat where necessary. This can be done by placing ferric phosphate pellets in the ridge or applying them pre-bed forming and then incorporating.

Growers who were able to establish biofumigation cover crops last autumn will now be considering carefully how to manage their destruction and incorporation for maximum efficacy this spring, says Alice.

Biofumigation cover crops are based on pungent brassica species, such as brown mustard (e.g. Vittasso), that contain high levels of glucosinolates; a natural biologically-active compound that can suppress potato cyst nematode.

To get the most out of the glucosinolates, cover should be flailed to release the compounds, then immediately, within 20-30 minutes, ploughed or cultivated (e.g. with a Sumo Trio-type machine) down to at least 15-30cm before consolidating to ensure glucosinolates remain in the soil and are not lost to the atmosphere, she explains.

“Working land with a Trio-type machine can be just as effective as ploughing and has less negative impact on soil structure than the plough,” she notes. “Make sure you get full inversion to help seal the glucosinolates in and let them start doing their work on PCN. Land must be left undisturbed for at least 14 days before any further cultivation and planting as you can get a biofumigation effect on the potato crop from planting too soon.”

Alice cautions that biofumigation cover crops will not give 100% PCN control, so should be used as part of an integrated chemical and cultural strategy. Growing a single species such as mustard could also adversely affect other soil biota, she notes.

“Only 15% of soil nematodes cause damage to the potato crop for example; the other 85% benefit soil function.”

In some of the worst (wettest) fields this spring, Alice suggests it may be worth considering establishing a multi-species spring/summer cover crop to improve soil structure rather than trying to force land into a commercial potato crop, and potentially cause further soil damage.