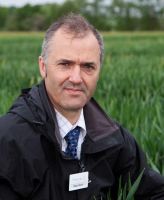 With soils in many areas still very delicate after the very wet autumn, Matt Ward, services leader, with Farmacy believes there is an opportunity to avoid impacting not just on the 2020 harvest but also that of 2021.

In their current condition many soils cannot be travelled on without causing long term damage and even by the spring may not be in any better condition, he says.

“It's important to recognise that the long term costs of establishing a crop on fragile unproductive soils will be far greater than leaving an area of the field fallow.”

So ask the question: Is it worth spending the time drilling a whole field that is not going to make any money or would it make better financial sense to focus on a small area of the field that is in better condition, and worth the investment in time and money?

“In other words be selective about what areas of the field to crop and what areas to leave fallow."

“For example, putting 25% of potential wheat drilling from a poorly performing turning headland into fallow across a five year rotation is not going to have a huge impact on the overall net margin-and will save seed and time costs that may be better spent elsewhere.”

“We know that parts of fields vary in their ability to establish, and this is where precision technology can really come into play as it can support decisions about where to invest in a field or area of a field and where to hold off.”

“Using Omnia it is possible to incorporate several seasons of yield maps into the system, which when translated into a yield performance map clearly illustrate the areas of the field that consistently perform versus those that do not.”

Taking this one step further and combining financial information with yield map analysis it is also possible to assess overall productivity at field or sub field level, he says.

Within Omnia, growers are able to create average cost of production information by crop, market outlet, variety or by field using known or predicted costs, with known or predicted yields. “It's surprising to see the significant variations in actual production costs within fields when examined on a tonnage basis,” says Mr Ward.

“By taking this approach it is possible to invest only in the areas of fields that are going to make the difference. It's all about having a plan that will result in the highest profitability – remember even firefighters have a plan!”